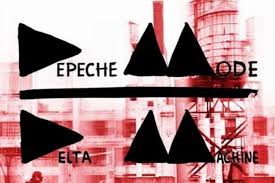 From new wave legend that was known for the hit songs of the 90’s hit like, World in your Eyes,  Personal Jesus and Enjoy The Slience (that’s a few songs I’m just bringing up) does songs are from the 1990 album hit Violator that made Depeche Mode successful throughout their career as a Electronic Band.  I have got know the band for sometime now, I got introduce to the band when I was a kid listening to nothing but electronic music then.  Since recent I started to get back into listening into Depeche Mode for the longest time.

This album caught me by surprise with the opening song track “Welcome To My World”  which starts off with a cool beat with the beat in the beginning of the song which is an awesome way to begin a song from the moment I pop this CD in my boombox for the first time I let it rip.  “Angel” is a pretty good one too from the second track.  The middle of the album throughout time you listen to it, there’s times you hear they swift the sounds from a electronic tone to a Bluesy melody in “Slow“.  One of the hit singles that appears to be a dance hit now which is “soothe my soul”  its a song now it’ll be thur the ages just like dance hits like Policy Of Truth.  Overall this has been one of the best album release from this group, so good I’ve been playing the shit out of it every other day.  (laughs)
I can’t wait to see the group with come to the US for the The Delta Machine Tour – North American Leg in Atlanta this fall…I can’t wait!!!  😀

Buy Me a Coffee

We use cookies on our website to give you the most relevant experience by remembering your preferences and repeat visits. By clicking “Accept”, you consent to the use of ALL the cookies.
Do not sell my personal information.
Cookie settingsACCEPT
Manage consent

This website uses cookies to improve your experience while you navigate through the website. Out of these, the cookies that are categorized as necessary are stored on your browser as they are essential for the working of basic functionalities of the website. We also use third-party cookies that help us analyze and understand how you use this website. These cookies will be stored in your browser only with your consent. You also have the option to opt-out of these cookies. But opting out of some of these cookies may affect your browsing experience.
Necessary Always Enabled

Any cookies that may not be particularly necessary for the website to function and is used specifically to collect user personal data via analytics, ads, other embedded contents are termed as non-necessary cookies. It is mandatory to procure user consent prior to running these cookies on your website.